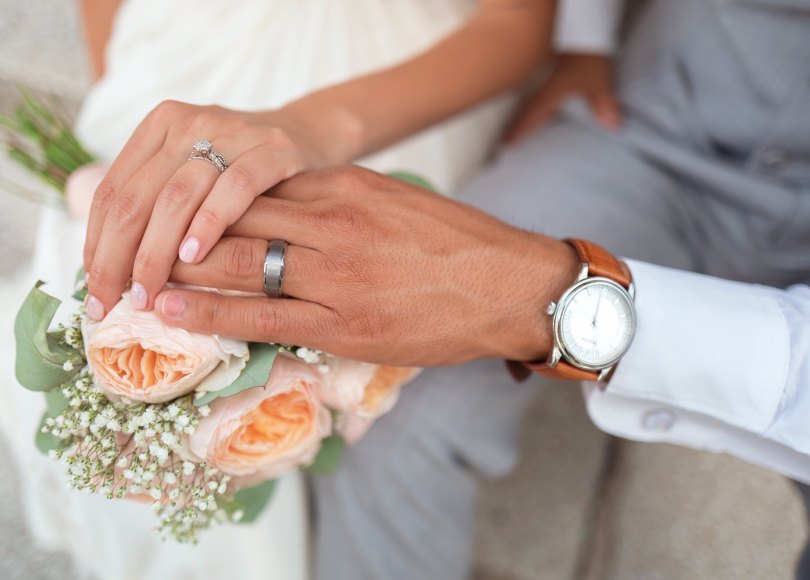 “Your American boyfriend will really like this apartment. The second bedroom has a new bed and a nice firm mattress”, commented Galina and winked at me. She pointed at Paul and asked: “A boyfriend? I met many foreigners visiting Crimea for a week to have fun with girls”.

I was staring at her, speechless. Instantly, I felt sick in my stomach. My fiancé stood right next to me, while I struggled to collect myself. Paul, my fiancé, had no idea I was just presumed to be a vacation prostitute.

Galina, our realtor, was one of many people who questioned my motives of dating American. One of the most common questions people asked me: “Why did you marry an American?”. This post will answer that question.

Appreciation. One of the things I love the most about American men is their attitude toward women and the respect they give you. It means, your American husband will be polite, and he will appreciate and adore you as a woman. You will be enough for him. He may even consider himself “lucky” to score a Slavic woman like you.

Equality and Choices. Gender equality and feminist movements accustomed American men to treat women with admiration and avoid discrimination. It means, your spouse will treat you as an equal at home too. You will have equal rights, equal opportunities, and equal options.

American spouse will be more likely to support your career growth and development. You will get a choice about what you want to do, and you will not be forced to do certain things by a certain age, like having a child.

In contrast, according to the USCIS report, only 20 percent of foreign-American marriages result in divorce, during the first two years of marriage. What does this mean? It means you have a higher chance of having a long-lasting marriage if you choose an American guy.

Exclusiveness. Majority of American men believe in one woman for life concept and exclusive marriage. What does it mean? It means your husband will be with you and with you only. There will be no mistresses and no side business. Majority of Americans are Christians and treat marriage as a sacred institution. This also means American men tend to seek a woman who aims for marriage and wants to create a family together.

Parenthood. When the time comes, American guys become involved, caring and loving dads. This applies not only to their kids but also to those from previous marriages.

For example, a friend of mine got married in her thirties and immigrated with a nine-year-old boy from a previous marriage. Her American husband treated her boy as his own. Stepdad attended his sports events, loved him as his own, and supported the boy to learn language during school years. My friend could not be happier knowing that new her American husband and her son get along so well.

Domestic tasks. Whether you are staying at home mom or a career woman, your American spouse will share domestic and family duties with you. It is a huge difference with Slavic guys, who tend to assume house-related chores are mostly the responsibility of a woman in a family.

New Life in the U.S. One of the bonuses of marrying an American is moving to the United States. The country will offer a much higher standard of living, higher earning abilities, more career opportunities, and a higher quality of education than other countries.

Money. It is no secret that a lack of financial resources can put a serious strain on any couple. In fact, according to David Ramsey`s Marriage Study, the number one issue couples fight about is money. Since the United States has a fairly stable economy and higher salaries, you will have more financial resources, which should improve your chances for a better and more secure living. With your American spouse, over time, you can build any life you wish.

Whether you are considering marrying an American guy, in the process of dating one or just dreaming about finding a life partner, an American man can be a great option to consider. American man will appreciate you, treat you with respect, offer you real options and choices, stick with you for a long-haul, stay exclusive, become a great dad, and join you to build a better life with you in the United States.

My bias. I want to start by saying I love my American husband, Paul. Of course, we do disagree at times, but overall my marriage experience is a positive one, so I am biased toward American men. That said, I do realize not all men in America are like Paul. I get that! There are jerks in every country and in every nationality, America is not an exception.

Empowerment. With a few exceptions, I always felt respected and empowered by my spouse to make my own choices.

Example, five years ago, I decided to go back to school. At that time, I was also expecting a baby, and we lived on one paycheck. After a quick discussion, my husband supported my decision to finish my Master`s degree. It took me almost five years to graduate, and I must admit, I could not have done without Paul. He helped me with housekeeping, watching kids, taking on property management functions with our business and other things to assure I have the time I needed to study.

Stronger marriage. I know Paul for 17 years, and we are married for 15. Here is a thing- I would choose him again today.

Love. As I see it, there is only ONE good reason to marry anyone – is to be in love. Madly in love. Finding the right guy, of course, may take time. How did I know he was the ONE? I just felt it, from the first letter, first phone call and from the first kiss. We had electricity between us.

New Life. I live a blessed life. In America, I became a mom of three amazing kids, earned two degrees, enjoyed several careers, earned a good living, and found my calling. We live in a huge house in a safe neighborhood, have enough money to provide for our kids and able to travel frequently. I am certain neither one of us could have done this alone or with any other person. I am forever grateful for meeting Paul and becoming his wife.